Have you ever heard of SMA1?   Neither had I until Stacey, a beloved reader, emailed me about Getty Storm, the infant daughter of close friends of hers, who was recently diagnosed with the disease.   If you read any of the same blogs I do, you’ve probably seen Getty’s button pop up in quite a few places, and hopefully it’s piqued your interest enough to click it, so you may already be familiar with her story.   If you haven’t, here’s an excerpt that Stacey wrote on Getty’s blog about discovering this sweet girl’s diagnosis —

This is Getty Storm, my friend Kate and Mark Storm’s beautiful [9] month old daughter. At the end of July, Getty went to her routine 4 month pediatric appointment. Kate and Mark assumed that the most painful part of this trip would be the immunization shots that Getty received at the end of the visit. What they didn’t know was that they would be told their daughter likely only had two years to live.

Getty was diagnosed with SMA1. Spinal Muscular Atrophy (SMA) is an inherited disease that causes progressive muscle degeneration and weakness, eventually leading to death. Infants like Getty with SMA Type 1 are born with very little muscle tone, weak muscles, and develop feeding and breathing problems over time. Weakness gets worse and will eventually become severe. There is no cure or treatment for the progressive weakness.

When Kate told me, I was crushed. As a new mom, I had no idea how to handle the news. Getty was Leyton’s first girlfriend…his cougar. I went home and cried all weekend. I made a tape of lullabies and cried each time I listened to it. I held Leyton tighter than I ever had and kept telling him I loved him with tears running down my face. Then I woke up and realized that I had to help Kate and her family. I decided to make it my mission to do anything and everything I possibly could to make things easier.

Although I’ve never met Kate and Mark personally, Stacey’s words and Getty’s story moved me.  Getty is only a few months younger than Dee.  As a new mom myself, I couldn’t stop thinking about the Storm family and the fight they have ahead of them.  I too wanted to help.  But how?

That’s when fate, or luck, or the universe, or something intervened.   I posted on this site about friends of mine Alex and Angela Dezen of The Damnwells who are brilliant musicians…some of my favorites in the world.   Stacey was the first to comment on the post – amazed that she had only days earlier selected one of Alex’s songs [the aptly named I Will Keep The Bad Things From You] as her favorite song on her own blog.

Since the day Delilah was born, Alex has been singing her to sleep from the burned CD with the word “lullabies” inked across the front in sharpie — shared with us by Alex and Angela when we told them we were pregnant with Dee.   A few beautiful, magical lullabies that Alex wrote on a whim one day and I’ve said often should be shared with the world.   And when The Dezens heard Getty’s story, they agreed — it was time.  They’d finish the album and dedicate it to Getty.  Once Stacey and the Storms were on board,  Angela launched into action and SWEET WATER CHILD: LULLABIES FOR GETTY was born. 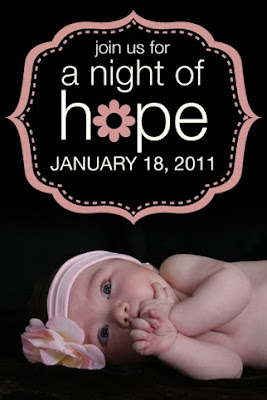 Soon, we’ll be launching a site where you can buy and download SWEET WATER CHILD: LULLABIES FOR GETTY – featuring Alex’s lullabies’ – which the Dezens are hard at work on RIGHT NOW – the proceeds of which will be going to Miss Getty and her fellow sma warriors.    And tomorrow night, in conjunction with Sophia’s Cure, Alex and Ange will be performing at A NIGHT OF HOPE – A Gala Fundraiser dedicated to finding a cure.    If you’re in Los Angeles, and you like great music and want to help babies, I hope you’ll consider purchasing a ticket.

SMA is the number one genetic killer of infants under the age of two.   And a cure is so close.   Nine month old Getty (who has the coolest name on earth – GETTY STORM!? Way to go Kate and Mark!) along with the one in every six thousand babies currently living in the US with SMA1, has a hell of a fight ahead of her.  But she won’t be fighting it alone.

You can always visit Getty’s blog GETTYOWL.com for updates on Getty and her family, and check back here in the coming weeks for more information on the release of SWEET WATER CHILD: LULLABIES FOR GETTY.

SMA has got to go.   Let’s help Sophia’s Cure create the miracle we’re all hoping for and wipe it out for good.